Posted by simpok on May 5, 2015 in Uncategorized | No Comments

My master thesis will be dealing with the subject of creating interfaces for oculus rift that can be easily used with the minimum amount of extra hardware. Therefore my first attempt is to create an interface that can be used just by headmovement, since this is interaction form that comes build in with oculus. 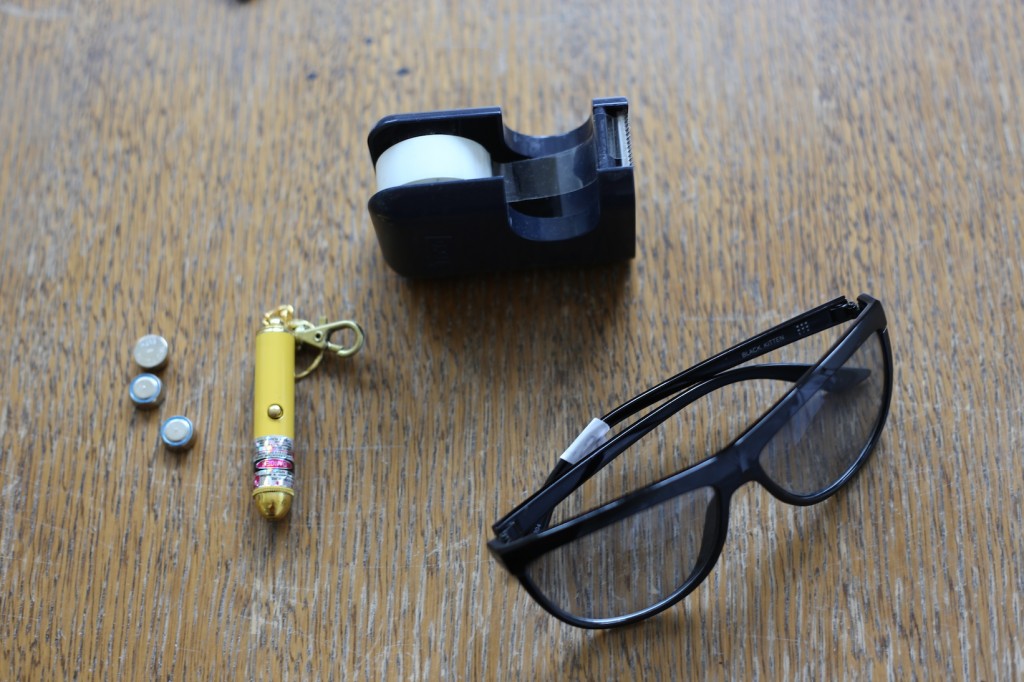 When it comes to functionality I prefer analogue protoyping. Therefore I created a 4€ prototype out of a 2€ Sunnglas and a 2€ laser pointer putting them together to track my head movement. 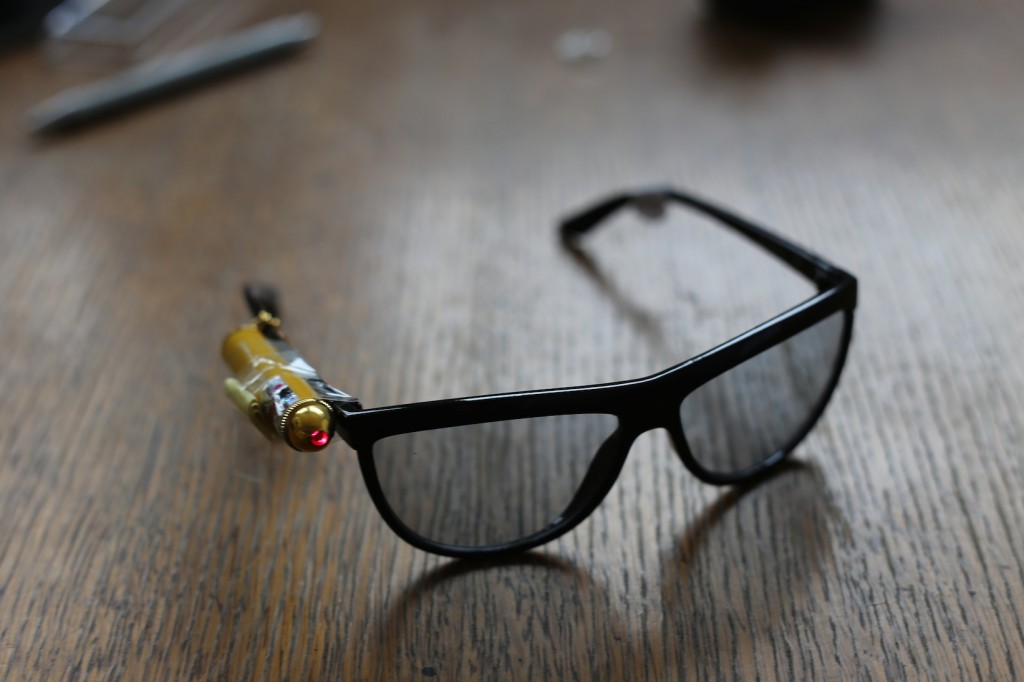 Wearing these glasse with the laserpointer turned on looking at a wall allows me to get a deeper understanding of how my head movements could interact with interface elements. By taking a long exposure picture (exposure time 30seconds) i can see the precise trail of my headmovement and also on which spots i stayed longer.

For the first interface prototype the buttons ar represented by a few post its on the wall.

My first task is to figure out a logic and intuitive head movement for activating a button.

I had a few ideas in mind that i tried out with the prototype.

The first attempts with the glass prototype made it clear very quickly that circeling and crossing is extensivle more comlicated than initially thought. The long exposure images show that vertical headmovements create more effort and are less smoth to perform than horizontal. Therefore Circle and Cross will no longer be investigated for activating simple buttons but may be interesting again when it comes to global gestures. Swipe and Swipe and Stop are the easiest forms of interaction. Though the sudden stop creates a discomfort and is a little bit hard to time. The swipe without the stop is easy to do but could be triggered to eaysily and by accident.

A new movement emerged out of the first investigation: the swipe there and back. By swiping one direction you activate a button by swiping all the way back you confirm the “click”. This form of interaction request a certain form of menue design: a design that takes in consideration the side from which you start the interaction because it will be the side you will end up with your pointer again. 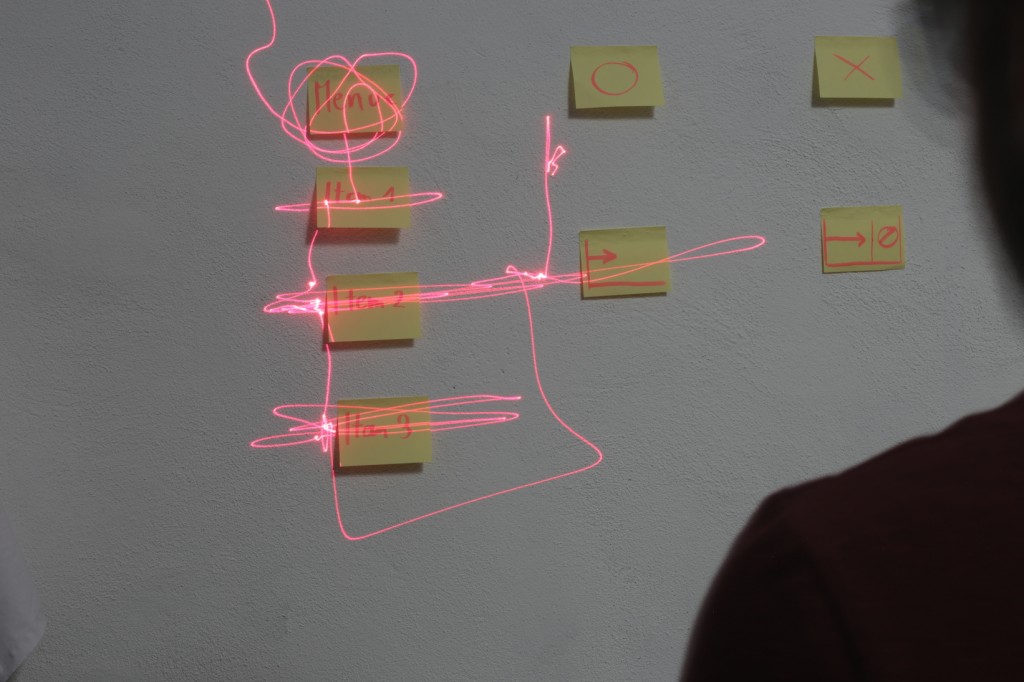 When it comes to head gestures, the circle movement could be interesting further investigation and also rolling your head towards your sholdercould be another gesture thats easy to do. But to investigate this further i will need another lasepointer so i can make the rotation visible on the images.

To sum it all up. There will be two main areas of interaction with the oculus rift:

Choosing will be done with horizontal swipe and back. The focus at the moment is on choosing single buttons and activating menues.

Gestures will be investigated later on.

The choosing with horizontal swipe is influencing on how the parts of the interfaces will be designed and layouted.

Further steps in the design process will be creating more paper menues and interfaces to interact with an thinking about sample situations for further test.